A Trip to Greece

Visit the land that was once loved by the Greek gods and discover the magnificent monuments that testify to the glory of the bygone days. Today, Greece is a paradise for everyone, from holidaymakers to travellers. Its numerous islands are captivating and then there’s also the capital of Athens. Greece also invites visitors with the fragrances of the Mediterranean flora. 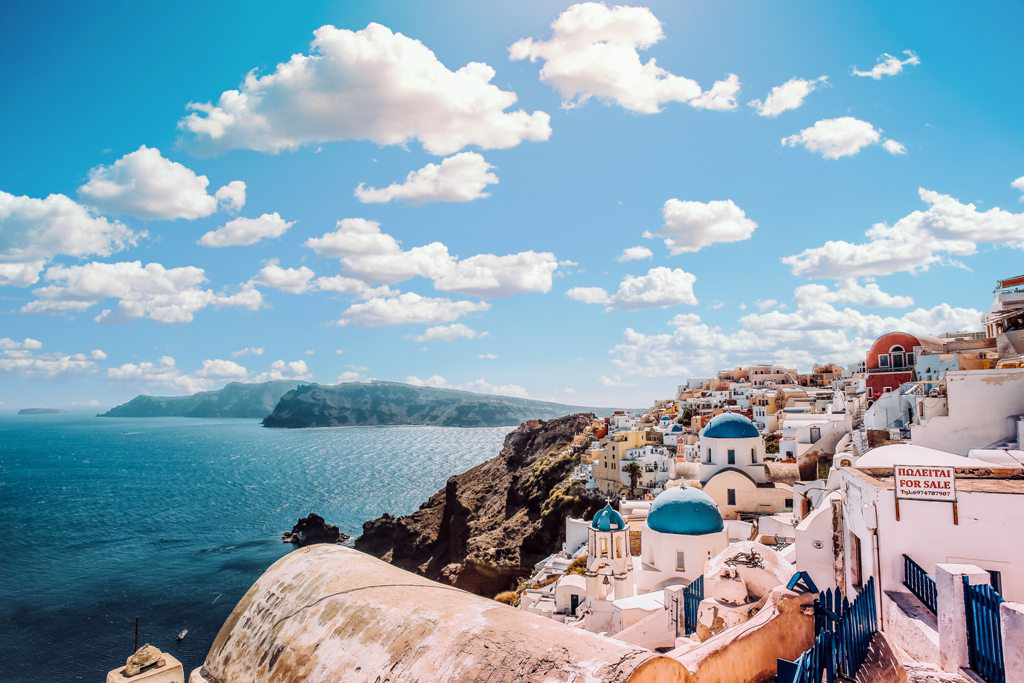 What to see in Athens?

The capital of Greece is a mix of ancient monuments, bazaars from the east, dense traffic and green parks. Athens is full of landmarks, so it’s best to jump on a hop-on hop-off bus to get to know everything properly, so you can decide which areas you want to focus on when exploring the city. There are free guided tours in the old town. Don’t forget to climb up to the Acropolis of Athens to admire the majestic Temple of Athena Nike. A great idea on how to spend an evening is to watch the magical sunset from the nearby Temple of Poseidon.

What to do in the Peloponnese?

A trip to the nearby Peloponnese peninsula offers visits to the important attractions. There lies Mycenae, one of the first cities of the ancient Greek civilisation surrounded by a cyclopean wall. Enter the city through the lion gates and walk among the shaft graves. The coast is home to one of the most romantic Greek towns of Nafplio. It’s full of picturesque streets and old monuments. You can see the town and the surrounding landscape by bike. The stadiums in Olympia is where the first Olympic games took place. You can travel back to those times with special virtual reality glasses that will show you buildings in all their former glory. Imagine your own victory at the Olympic games and with a laurel wreath in your hair. With their churches and fortresses, ancient Sparta and Byzantine Mystras invite visitors alongside each other to explore them. Monemvasia, hidden on a little island, enclosed by walls and fortified, is the Peloponnese equivalent to Croatia’s Dubrovnik and is perfect if you want to explore and discover the Upper Town.

A trip to northern Greece

The best travel tip for us travellers is to head back to northern mainland Greece by crossing the legendary bridge near Patras. The beautiful Ioannina, the city of art, myths and legends, is surrounded by rugged gorges and mountains. Not far away is Meteora, attracting visitors with Orthodox monasteries on top of sandstone columns, rising above everything. After you’re done with all these cultural attractions, head to the Pindus mountains for a hike by the Dragon Lakes. If you dare you can visit the oracle in Delphi, Pytia, who resides in the beautiful Temple of Apollo and ask her to foretell your future.

What to do in Crete?

It’s time to visit the islands. Greece has 1,200 to 6,000 islands, 200 of which are inhabited. First, let me introduce you can explore on the largest Greek island of a thousand faces, Crete. Tourism mostly flourishes on the northern coast, but the mountainous inland and the southern part of the island also have their appeal. Crete is thought to be the cradle of the European civilisation and you can see for yourself why by visiting ancient Knossos, which is interesting for travellers and home to numerous legends. If you don’t feel like queueing in line just to see the colourful palace, you can buy a ticket in advance. But if you want to learn more about this sight, then head to the Heraklion Archaeological Museum. Crete’s landscape is gorgeous and dotted with aromatic citrus tree and olive tree plantations and vineyards. True wilderness, though, lies in the gorges. Visit the world’s longest gorge – Samaria. You can explore the mysterious gorge in the company of a guide.

The true treasure of Crete are its locals who have retained the traditional values. The best place to get to know the locals is Anogeia, a rebel village. But if you want to find the best beaches, you’ll have to put in some effort. The turquoise Balos Beach lies at the end of the rugged Gramvousa Peninsula. The countryside of the northern coast, specifically the village of Chania, is home to HI Fabrica Houses that is full of Greek Cretan hospitality. Tyme and oregano fragrances drift from the garden.

Tourism on the islands of the northern Aegean Sea

The Argo-Saronic islands are located close to mainland Greece and are a popular destination for the Athenians. This means travelling there is simple and tourism is well-developed. You can swim in the crystal-clear waters of Hydra Island and admire the neoclassical houses at the beaches in Poros as well as explore the pine forests of Aegina Island.

The north-eastern Aegean Islands stretch from Greece to Turkey. Tourism here isn’t as developed as on other islands, which means there are still many pristine places to explore. Chios is an island that lies close to Turkey. The mastic tree and medieval villages add to the islands charm. Ikaria is an island of legends and it’s here that Icarus, the son of the mythological craftsman Daedalus, fell into the sea. The best time to visit the island is during the Panigyri Festival. Samothrace Island is still an undiscovered gem. With its mountainous inland full of waterfalls and perfect beaches, it’s ideal for a postcard. It’s located far from the hustle and bustle and is a true place for relaxation.

Travel tips for the Dodecanese

The Dodecanese is a group of islands in the southern Aegean Sea close to the Turkish coast. The islands are full of landmarks, from temples and Byzantine churches to castles. The group is comprised of 15 large islands. The main island of Rhodes and the old medieval town of the city of Rhodes from the time of knights encourage you to explore them. It’s always interesting for travellers to venture outside the city limits, so I recommend visiting the fishing village of Lindos. You can go on a six-hour hike to the Temple of Athena, passing medieval fortresses along the way. Another island full of opportunities for exploration is Kos, the floating garden of the Aegean Sea due to the endless fields of elder trees, hibiscus and jasmine. The town of Kos is full of attractions – you can explore the narrow streets, the old market in the mosque and numerous tavernas with traditional Greek food. Partake in an interesting adventure that is a boat trip to the neighbouring islands. Patmos Island, with its preserved traditional attire and dialects, is the complete opposite. Peace and traditional Greek lifestyle can be felt there. The island of pristine nature was declared a UNESCO World Heritage Site.

What to see in the Cyclades?

The Cyclades are the epitome of Greek islands with their blue and white houses, wonderful sandy beaches, barren landscapes dotted with chapels, and welcoming and relaxed people. The islands are scattered around the holy island of Delos where the twins Apollo and Artemis were born. The island is now uninhabited but still offers plenty of opportunities for exploring the numerous temples and the charming inland. The most visited of the islands is Santorini where photographers compete with each other on who will be better at catching the typical landscape seen on every postcard on camera. A recommendation for travellers is to hike over the caldera between the idyllic Fira and Oia, and enjoy the view of the landscape. Another option is to wait for sunset on a kayak. To top it all off, you can take a dive at the volcanic beach underneath the towering cliffs. The other famous island is Mykonos, known for the wild parties lasting long into the night, but also for the most beautiful Greek beaches always full of music. The main attraction on Paros Island is the Byzantine trail that takes you between olive trees from one mountain village to another. Sandy beaches and typical villages with seafood delicacies await you. When it comes to unique experiences, exploring the coastal part of Milos Island is one of them. The natural processes have formed unusual shapes and carved out majestic cliffs. But the island offers many more attractions, from catacombs to geological stories. It’s best if you see it as part of a full-day guided tour. Amorgos island, on the other hand, is a must stop for all hiking enthusiasts. The island is full of marked trails that can be found almost at every turn. You can also visit the terraces and picturesque caves hiding tiny lakes.

A trip to the Ionian Islands

Ionian means seven and that’s the exact number of islands that comprise the said archipelago. The northernmost of the islands is Corfu. The city of Corfu’s old town, full of renaissance and baroque landmarks, attracts visitors and urges them to explore it. Swimming between the cliffs in the Canal d’Amour is a must. Corfu is an excellent starting point if you want to explore the caves and the surroundings. Swimming and villages combined with excellent wine await you on the islands of Paxos and Antipaxos which you can visit by tourist boat. Lefkada is an island known for its greenery and an island Homer wrote about in his works. The capital of the same name gives the impression of a dreamy town with narrow winding streets. The inland is mountainous and covered by pine trees. The island’s main attraction are its beaches, of which there are staggering 62. Cephalonia is an island of tall mountains, fragrant plantations, vast forests and most beautiful beaches. A lot has still been left for travellers to explore, from lonely cliffs to the traditional way of life of the locals. Take a guided tour across the island that will also take you to Melissani Lake in the collapse doline. Zakynthos, with its sandy beaches and numerous activities it offers, is the most popular holiday island. The island’s other face is comprised of fertile valleys and picturesque mountain and fishing villages.

Enjoy your trip around Greece and don’t forget to send postcards with MyPostcard. All HI members get 25% off. New users can send their first postcard for free with the HIGlobetrotter promo code through the Globetrotter profile. You can read more about it here. 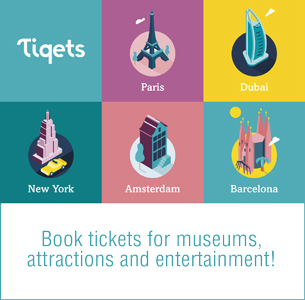 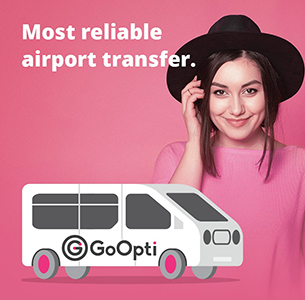