Australia’s biggest backpacker hostel has revealed a massive makeover, as Sydney Central YHA marks its 20th anniversary with a major redesign of its communal spaces.
The centrepiece of the contemporary revamp is a vibrant feature wall as well as a colourful, maritime-themed street art masterpiece by local Sydney muralist Mulga the Artist.
The 556-bed property – which blazed a trail when it became the first backpackers to open in the heart of the Sydney city two decades ago – has also rejuvenated its self-catering kitchen, dining room, in-house cinema and social lounge area with a total floor-to-ceiling overhaul of the common areas.
Guests are loving the fresh new social spaces that complement Sydney Central’s rooftop pool, sauna and terrace, on-site licensed café and restaurant, and in-house travel desk to help you sort out a tour to your next destination Down Under.
The brains behind the facelift is cutting-edge Sydney design firm The Bold Collective … and the common area isn’t the only bold upgrade the building has received. Sydney Central’s much-loved basement bar, Scubar, has re-opened its doors as The Reef Down Under, the latest inner-city hotspot to hit the backpacker bar scene.
The venue has benefitted from a total refresh, with tropical-inspired ‘kitsch but classy’ décor, huge fishbowl cocktails and nautical staff uniforms.
The Reef also hosts a jam-packed roster of events throughout the week, including the legendary crab racing every Monday night that’s attracted busloads of backpackers to the basement bar for decades.
Located just across the road from transport hub Central Station in the middle of town, Sydney Central YHA has modern, comfortable multi-share rooms, private twin/doubles and private ensuites available from just AU$37 a night – book your stay now at yha.com.au. 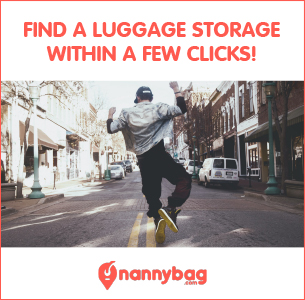