Bergen is the second largest city in Norway and one of the most popular gateways to seeing the nearby Fjords. The city dates back to around 1070 AD and even though Bergen has been ravaged by fires several times, there are still remains from its Hanseatic heyday, the main one being the old harbour of Bryggen which is a UNESCO World Heritage Site. Discover a little way out the city and you’ll find yourself in beautiful and picturesque countryside, perfect for walking and hiking. 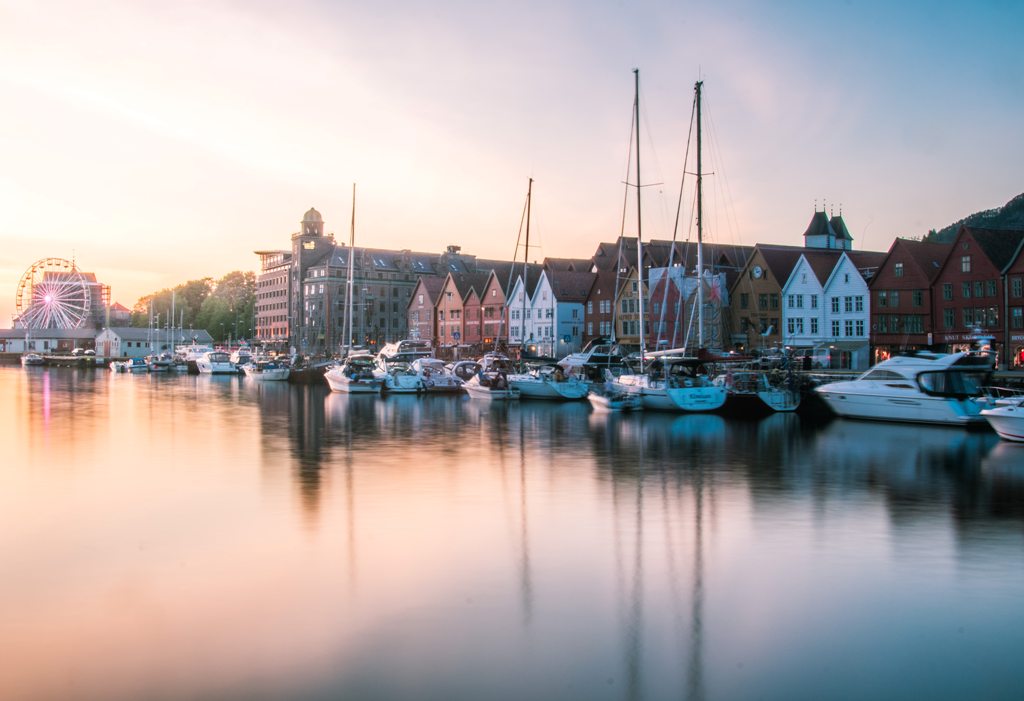 THINGS TO DO AND SEE IN BERGEN

Bergen has many wonderful attractions, similar to most European cities but on top of this you also have the wonderful relaxed atmosphere and cultural landscape Norwegian cities are famous for. Bryggen on the north side of the bay is a wonderful example of how many of the buildings in Bergen looked before its devastating fires. Step between the UNESCO World Heritage Listed buildings for a glimpse of how Bergen looked during the middle ages. Just past Bryggen is Bergenhus Fortress, one of the oldest and best preserved forts in Norway. Once the seat of the King; the oldest part of the fortress dates back to the 1270s.
Downtown Bergen is where you’ll find most attractions including Bergen Art Museum with its large collection of renaissance and contemporary art, and one of the largest in all the Nordic countries. St. Jørgen's Hospital, which is also the Leprosy Museum, dates back to the 18th century and tells the story of this terrible disease and what life was like at the hospital during this time. Just south of downtown is Gamlehaugen, a beautiful building built in the style of a castle and once home to Christian Michelsen, former Prime Minister who helped during Norway’s peaceful dissolution from Swedish rule in 1905. Slightly further out from the city centre is Troldhaugen, once home to the famous Edvard Grieg, Norway’s national composer.
For more travel information on what to do in see in Bergen, we invite you to visit our partner GetYourGuide.

EATING OUT & NIGHTLIFE IN BERGEN

Bergen has many eating establishments and it is worth spending time wandering out from the centre to find a restaurant or bar to your liking. Local Norwegian food is typically nutritious and cheap and popular dishes are the Bergen fish soup and raspeballer, local potato dumplings typically served with salted meat and mashed rutabaga. Bergen has many bars and clubs and life doesn’t typically start much before 1am and the serving of alcohol stops no later than 3am.

GETTING AROUND IN BERGEN

One of the best ways to see Bergen is on foot, especially Downtown where it’s easy to navigate in a short amount of time. Driving is generally discouraged in Downtown with very low speed limits and one-way streets to deter drivers. Public transport is good and help will be happily given from locals and bus drivers if required.