Madrid, as well as being the capital and largest city of Spain, is also known as being a centre for fashion, arts and bohemian culture. 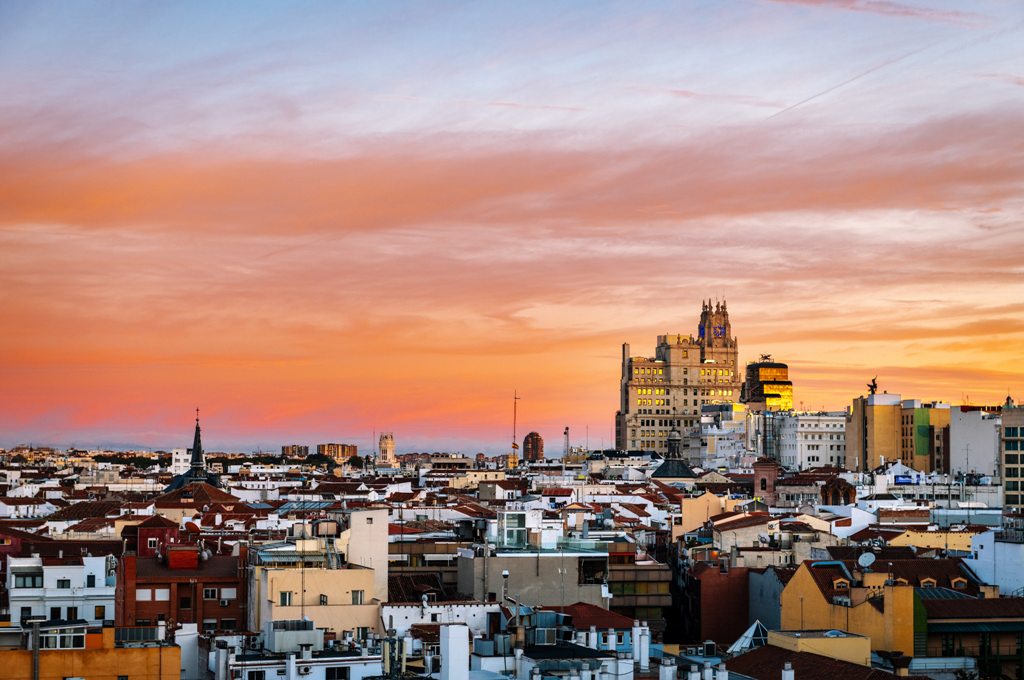 THINGS TO SEE AND DO IN MADRID

For more travel information on what to do in see in Madrid, we invite you to visit our partner GetYourGuide.

EATING OUT & NIGHTLIFE IN MADRID

The best thing to try when you come to Spain is traditional tapas – small plates of breads, meats, vegetables, potatoes and seafood. Specialties originating from the Spanish capital mostly include thick soups and stews. Classics also include roast suckling pig and lamb. The nightlife in Madrid continues into the early hours of the morning. Lots of pubs are located around the Plaza Dos de Mayo in the area known as Malasaña.

GETTING AROUND IN MADRID

Madrid has two stations for long-distance trains: Atocha and Chamartin. The metro network makes it very easy to get around the city and is the most practical means of transport to cross the city. The service operates from 6am to 1.30pm in the morning. It’s possible to take trains to Lisbon, Granada and Barcelona. In summer time it’s necessary to make train reservations. Buses will transfer you to or from Barajas International Airport, which runs every ten minutes from the underground platforms of the Plaza Colón, in the heart of the city. The trip to the city centre takes 30 minutes.