Tel Aviv is the second largest city in Israel and offers visitors both a fantastic glimpse into its history and also a lively and progressive modern lifestyle. Tel Aviv is known as the White City for its unique Bauhaus-style of buildings which has earned it a UNESCO World Heritage Site declaration in 2003. The city also includes the ancient port city of Yafo (Jaffa) which dates back over 4000 years. Tel Aviv is also known as the city that does not stop, and there is enough here to keep even the most demanding traveller happy. 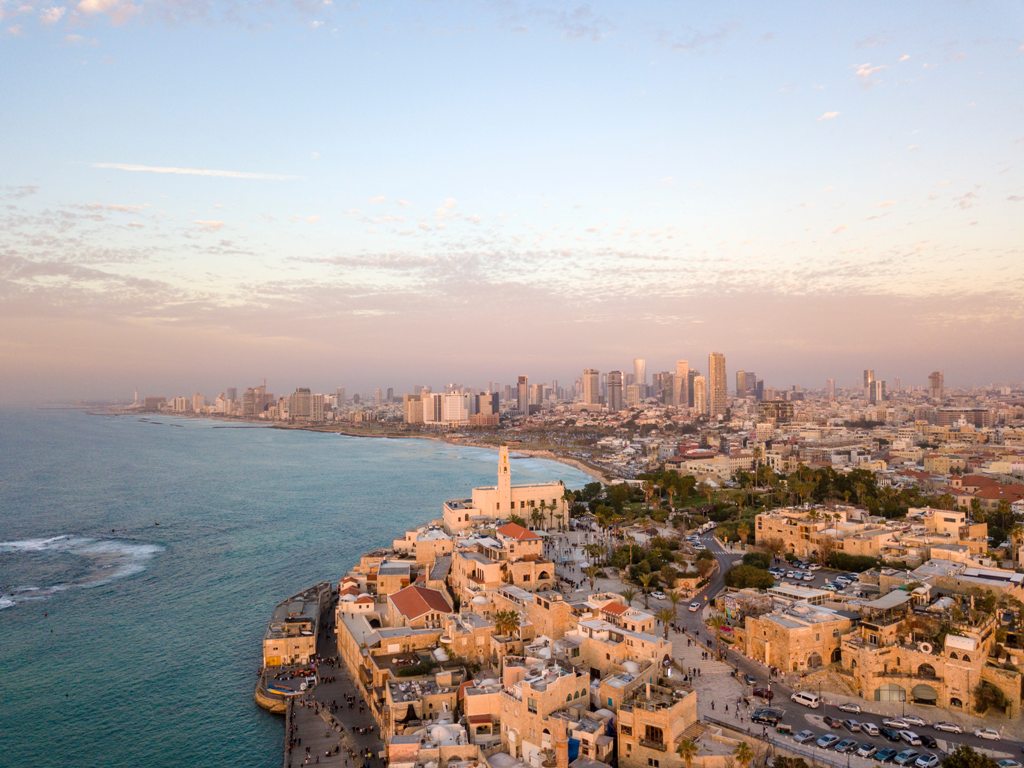 THINGS TO DO AND SEE IN TEL AVIV

For more travel information on what to do in see in Tel Aviv, we invite you to visit our partner GetYourGuide.

EATING OUT & NIGHTLIFE IN TEL AVIV

Tel Aviv offers plenty of establishments for all tastes including fast food, local Israeli dishes and international specialities. Many street corners offer quick snacks of traditional falafel and hummus dishes. In the city that never stops, there won’t be a shortage of bar and club attractions and some hot spots can be found at Tel Aviv seaport, The Boardwalk and Dizengoff.

GETTING AROUND IN TEL AVIV

Cycling is a good way to get around Tel Aviv with many places renting bikes including the new system of Tel-O-Fun stations and also a good selection of bicycle paths exist throughout the city. The bus network is modern, efficient and relatively cheap and tickets can be bought from the driver or from any central bus station.