Rome's influence on western civilisation has been immense and as the capital city of Italy is still respected for its historical power and influence. Rome has even been nicknamed The Eternal City and Caput Mundi, which is Latin for ‘Capital of the World’. 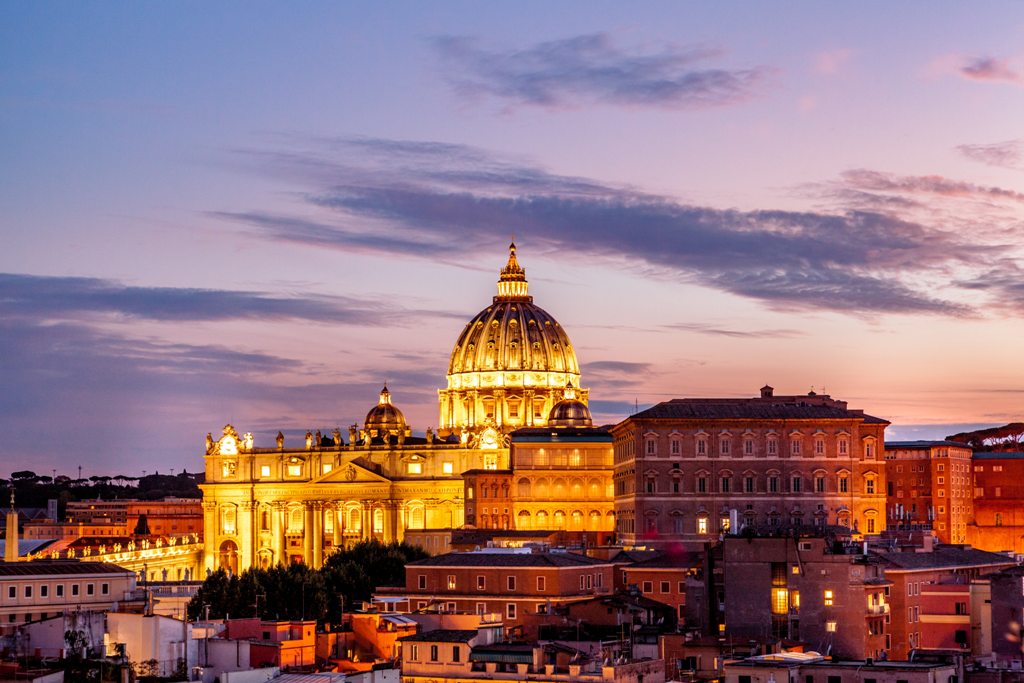 THINGS TO DO IN ROME

For more travel information on what to do in see in Rome, we invite you to visit our partner GetYourGuide.

EATING OUT & NIGHTLIFE IN ROME

The best thing to remember is that you will pay a premium to eat in some of the tourist hotspots such as the piazzas and Pantheon, but generally if you venture further off the beaten track restaurants will become more reasonably priced. Don’t be surprised if you end up sitting just inches away from diners you don’t know as this is very usual of the city.

By night most of the monuments are lit creating stunning and picturesque views of the city. Rome has a thriving nightlife where travellers mix with the Romans sitting on the edge of the fountains and bars that surround them.

GETTING AROUND IN ROME

Most trains arrive and depart from Termini station. There are regular connections to all parts of Italy and European cities. ATAC bus line and most buses have their terminal stop in Piazza Cinquecento, in front of Termini station. Tickets must be validated on a machine once you’re on the bus.

There are two subway lines, Metro: A and B. Both go through Termini. People can take Line A to head to Piazza Spagna and the Vatican or Line B to the Colosseum and the Circus Maximus.

In Rome there are many pedestrian areas and it is advisable to walk during peak times, when public transport is busy.
The international airport, Leonardo Da Vinci, is located in Fiumicino. You can access the city via a direct train terminal (Termini) at the airport arrivals hall, with departures every day from 7pm until 10.50pm. The other airport is Ciampino, used for domestic flights and charters.

Care must be taken in some areas (in the queue to enter the Colosseum and close to the Trevi Fountain) to avoid pickpockets. It is common approach cover up a robbery with a newspaper. You should also not travel alone at night near the Termini station.