Cartagena is located on the northern coast of Colombia and it one of the most visited cities by tourists to the country. Overlooking the Caribbean Sea, Cartagena has many wonderful attractions including its walled colonial centre with centuries-old buildings and wonderful beaches offering soft sand and nearby coral reefs. Cartagena is a colourful and inspiring city that is a feast for the eye even for seasoned travellers. 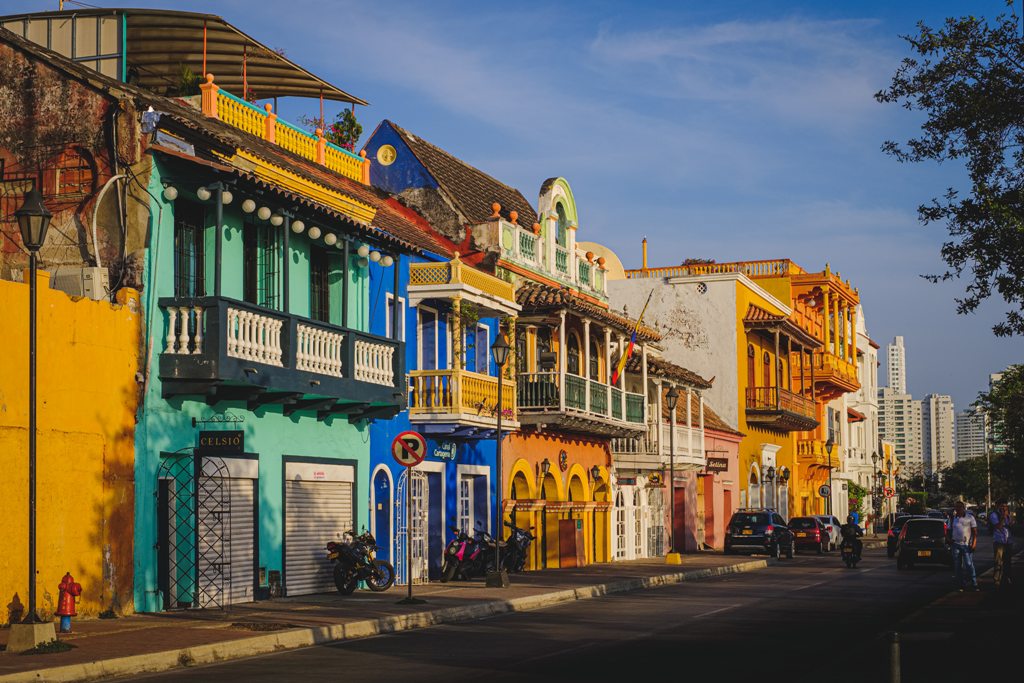 THINGS TO DO AND SEE IN CARTAGENA

For more travel information on what to do in see in Cartagena, we invite you to visit our partner GetYourGuide.

EATING OUT & NIGHTLIFE IN CARTAGENA

Cartagena offers a good variety of cuisine to choose from including South American, African and Arabian with the old town being a good place to start. A set meal of the day is generally good value and a typical dish could include fish or chicken, coconut rice, fried plantains and salad.

GETTING AROUND IN CARTAGENA

Walking is the best way to see Cartagena’s attractions, especially those in the Old Town. There are good bus routes that transverse the city and if you’re unsure as to which one, most waiting passengers would be happy to help. Taxis are easy to find and it is important to ensure you have negotiated the fare before you travel as printed figures may only be used as a minimum unless a fare has been arranged beforehand.