Sarajevo is the capital and also the largest city of Bosnia-Hercegovina, which is found on the Adriatic Sea overlooking Italy. The diverse range of buildings in Sarajevo is testament to the multi-cultural population that lives in the city. The city has a great wealth of culture and history and is rapidly becoming a popular choice of destination for travellers in search of great buildings from a wide range of cultures and religions. 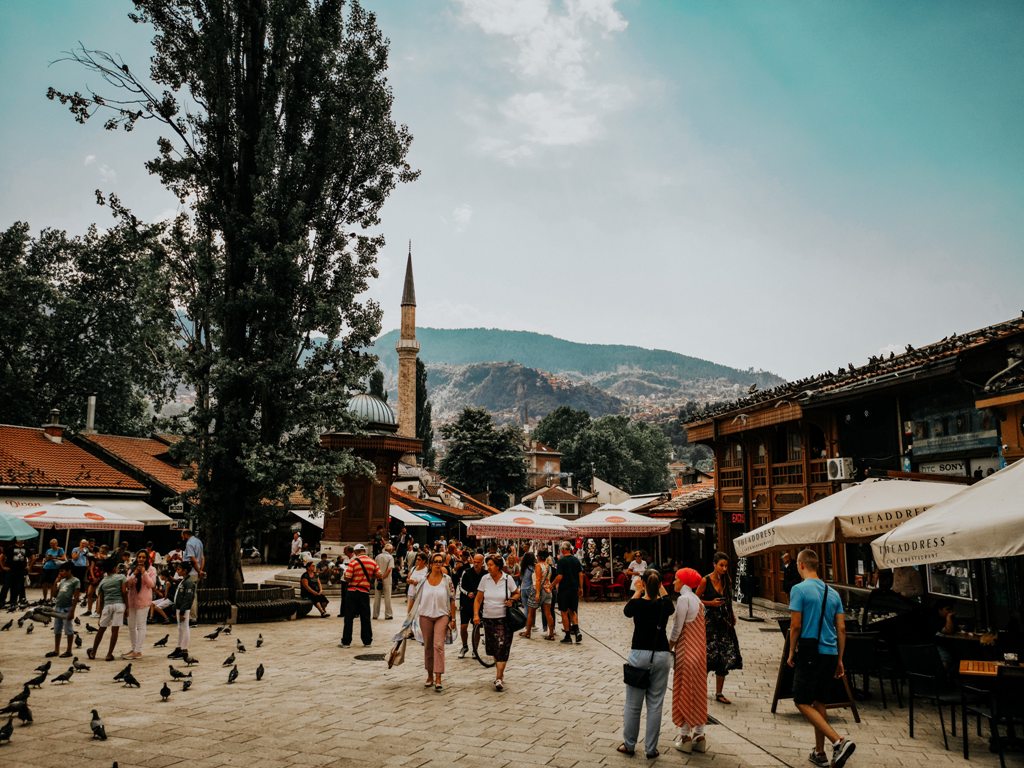 THINGS TO DO AND SEE IN SARAJEVO

For more travel information on what to do in see in Sarajevo, we invite you to visit our partner GetYourGuide.

EATING OUT & NIGHTLIFE IN SARAJEVO

There are many bars and small restaurants in Sarajevo and great places for trying some local cuisine. Some local dishes to try include Sarajevski sahan which are vegetables stuffed with meat and rice and Bosanski lonac, a Bosnian pot filled with veal, vegetables and flavoured with cardamom and cinnamon. The old town Bashcharshiya is a great place to start for travellers looking for traditional Sarajevo cuisine and nightlife.

GETTING AROUND IN SARAJEVO

The city is very tourist-friendly with a tourist office right in the middle of town. The city is served by a spinal tram system that make a loop around the city and also buses that connect the suburbs. Tickets for travel can be bought slightly cheaper in advance from kiosks labelled tisak, or directly from the driver.
For those looking to see a little more of Sarajevo, then there are hiking/trekking tours for those wanting to see more of nature and the surrounding city; and also mountain biking tours for the nearby hills and mountains. There is also rafting available on the many rivers around the city.