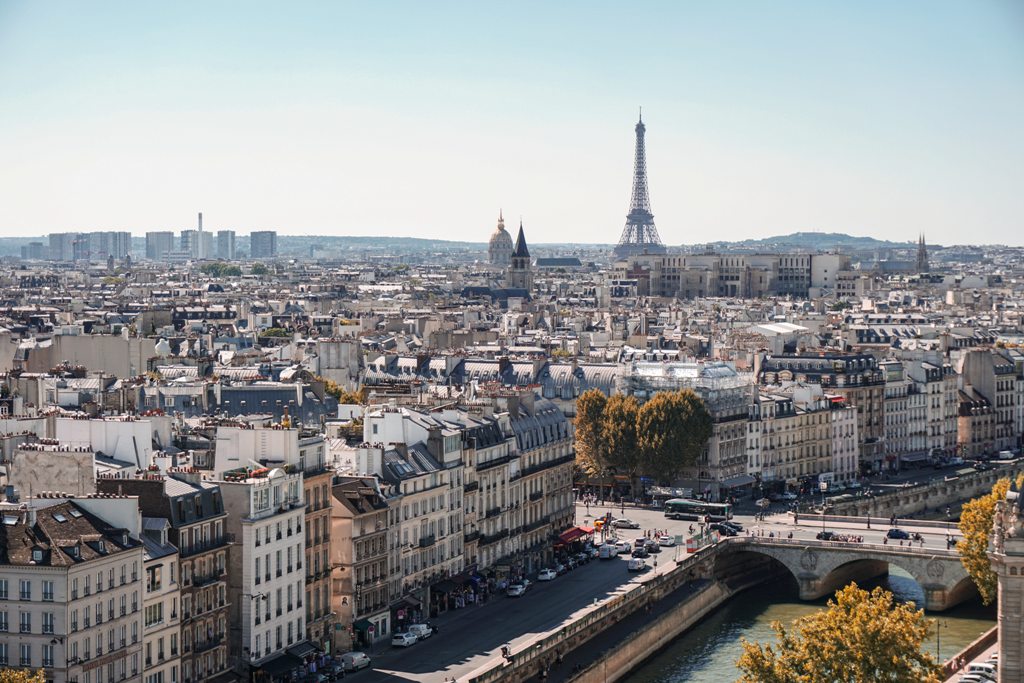 THINGS TO SEE AND DO IN PARIS

For more travel information on what to do in see in Paris, we invite you to visit our partner GetYourGuide.

EATING OUT & NIGHTLIFE IN PARIS

In general prices in restaurants are relatively high. A better idea is to cook in the hostel’s kitchen. The cheapest option for a good lunch is a traditional baguette stuffed with meats, cheeses, vegetables and different dressings. Another inexpensive and traditional alternative are the extra thin French pancakes called ‘crepes’ which can be sweet or savoury.

The nightlife is active throughout the city. During the warmer months it’s common to see a lot more people up late walking through the downtown neighbourhoods. Paris is not dangerous, but you must have the same care as in any big city. If you have planned to return later to your accommodation, you should ask about the transport system – the metro runs only until 12.30pm.
From the 40s, Paris was one of the world centres for jazz. Often in the summer months free outdoor concerts are performed. Cabarets are also a big part of the Parisian history. The best known are Moulin Rouge, Le Lido and Les Folies-Bergère.

GETTING AROUND IN PARIS

Paris has six railway terminals. All are interconnected with various parts of the city through the underground network. This is the fastest and most convenient way to travel long distances in the city. The service operates from 5.30pm until 12.30pm and you can buy passes that can decrease your spending on public transport considerably.

Despite Paris being a big city, you are advised to walk as much as possible to experience the true charm of this city.

Most transatlantic flights arrive at Aéroport Roissy-Charles de Gaulle, 23km from Paris. From there you can take a bus to the Roissy train station. The RER line B3 is accessible to central Paris in 45 min. The same ticket is valid for the combination with the metro. From Orly Airport you have to take the bus to the train station Orly. C2 RER takes you in 30 min to the city.

Paris is connected to all cities of the continent. In two hours by train you can get to central London or Brussels.