Florence is the capital city of the Italian region of Tuscany. It is considered the birthplace of the Italian Renaissance and is incredibly beautiful. It was declared a World Heritage Site by UNESCO in 1982 and is one of the most desirable places to visit in the world. The city also makes a major European impact on music, architecture, education, cuisine, fashion, philosophy, science and religion. The historic centre of Florence contains numerous elegant squares (piazzas), Renaissance palaces (palazzos), academies, parks, gardens, churches, monasteries, museums and art galleries. 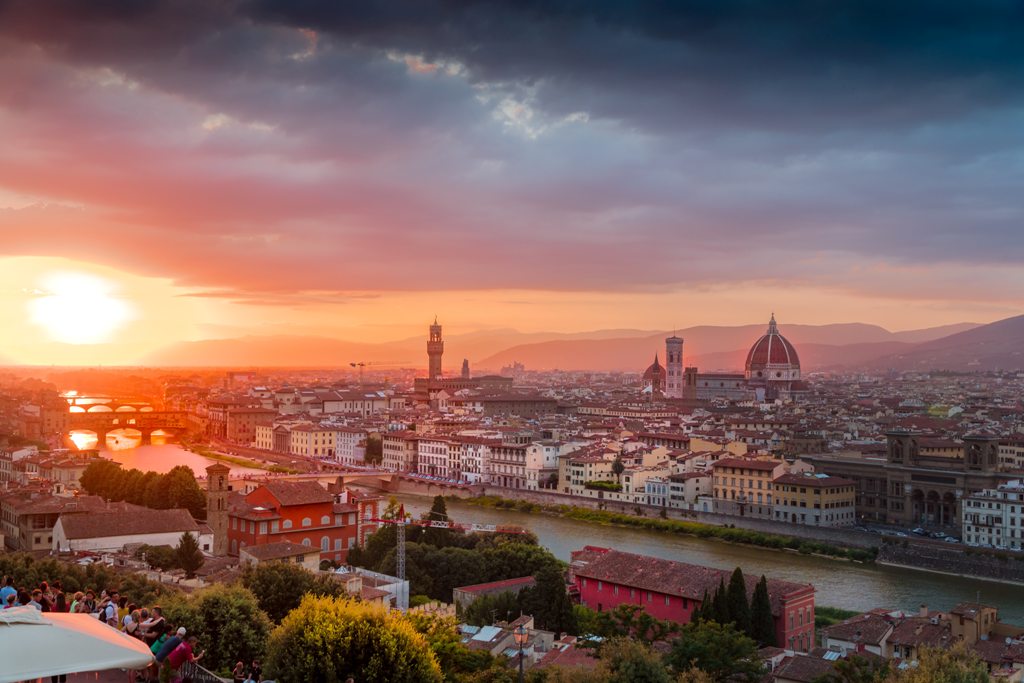 THINGS TO SEE AND DO IN FLORENCE

For more travel information on what to do in see in Florence, we invite you to visit our partner GetYourGuide.

GETTING AROUND IN FLORENCE

All trains arrive at Santa Maria Novella station, located near the tourist area. A bus service operates in the city. Tickets must be purchased before boarding and then will be validated on board. Most attractions are located in the centre, making them accessible on foot.

Siena is located just one hour from Florence. In the Middle Ages the town was an independent republic which was to rival its neighbour. It is divided into 17 districts and elected each year an extraordinary horse race that takes place in the Piazza del Campo as part of a regional party. At the bottom of the square is the Palazzo Comunale, which is considered one of the most beautiful Gothic buildings in Italy. Open from March to November from 9.30am to 7.45pm, every Sunday and the rest of the year to 1.45pm.

You can visit Pisa and the Piazza del Duomo (more commonly known as Campo dei Miracoli), where the Cathedral and the Leaning Tower are located. Galileo was able to raise its 294 steps for experiments on gravity, but unfortunately today is not possible to access the interior of the tower. It is estimated that it still creeps 1mm or 2mm a year. After watching the Campo Dei Miracoli, you can take a stroll down Via Santa Maria and explore the old town.

If your stay will be short, take into account the opening hours of the attractions and that most are closed on Mondays so you don’t lose any of the delights offered by Florence and its surroundings.