Venice is the city that stretches across 117 small islands in the marshy Venetian Lagoon along the Adriatic Sea in northeast Italy. Famous for its waterways, canals and bridges it is certainly a unique place to visit. 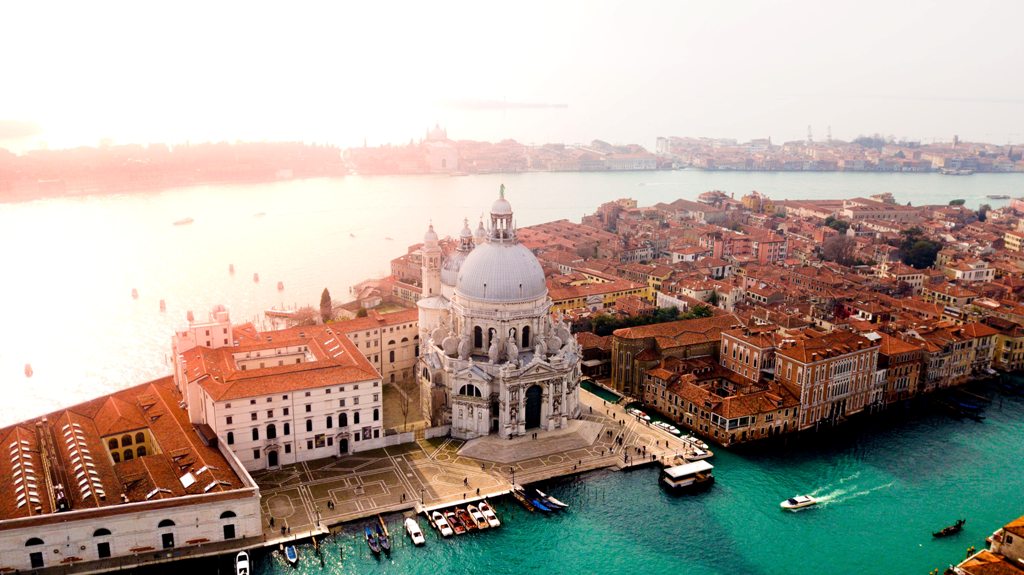 THINGS TO SEE AND DO IN VENICE

Piazza San Marco is inhabited by a large numbers of doves and is sometimes under a few inches of water for two or three hours. The square houses Basilica of San Marco which was built in Byzantine style in the sixth century. The Tomb of San Marco is located under the altar and his body was stolen from Egypt by two Venetian merchants. The interior is decorated with marble and mosaics of Byzantine and Renaissance style. The main treasure of the Basilica is the Pala d'Oro, a piece of gold decorated with silver and precious stones found on the altar. Dell'Orologio Tower was built in the fifteenth century. On a clear day you can see from the top of the steeple off the coast of Lido di Venezia. Peggy Guggenheim Gallery has a large collection of modern art with works by Picasso, Chagall, Dali, Leger, and Jackson Pollock, among others. There is also space for the promotion of young artists. If you decide to take a gondola ride it is necessary agree on a price before starting, as they tend to be very high.

For more travel information on what to do in see in Venice, we invite you to visit our partner GetYourGuide.

Murano is known for its glass factories and their glassblowers. The factories organize a little tour of their premises for free. Burano is a small fishing village which is home to several lace factories. On the island Torcello is the oldest church in all of Venice, which contains several Byzantine mosaics. The No. 12 vaporetto (ferry) leaves from San Marco (almost opposite the Bridge of Sighs) to any of these three islands through the cemetery island of San Michele. Lido's beaches have been recognised as very fashionable and today remain very busy in summer. They can be reached by taking the vaporetto No. 1.

Sitting on the banks of the Grand Canal at sunset can be an unforgettable experience. The last rays of sun stain the water and orange buildings, and may provide an ideal framework in conjunction with the moored gondolas.

GETTING AROUND IN VENICE

The Santa Lucia train station is connected directly to most parts of Italy. You can also get direct trains to various cities in Germany and Austria. There are no cars in Venice, the only public transport are the vaporetto (ferry). The Grand Canal is the focal point Venice, which can be crossed on foot by only three bridges, Scalzi, Rialto and Accademia. Water taxis are also available but very pricy.

For more information on public transport in Venice, we recommend that you buy a travel pass (depending on how long you are staying), check out www.venicecard.it .