New York, New York isn’t this everyone’s favourite city? Whether it’s admired from near or afar, through the magic of TV and movies mainly, NYC has captured hearts and minds the world over. This city boasts discos, theatres, night clubs, globally renowned districts, world famous hotels and many iconic landmarks such as The Statue of Liberty, The Empire State Building, Central Park and Times Square. It is one of the most important cities as a centre of trade and finance. 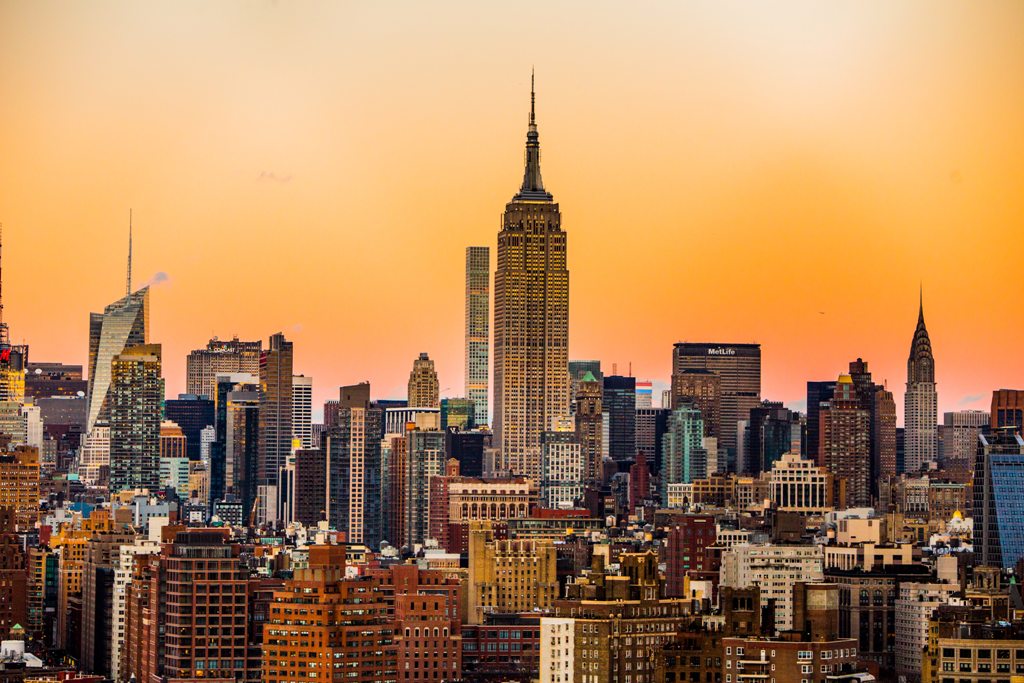 THINGS TO DO AND SEE IN NEW YORK

For more travel information on what to do in see in New York, we invite you to visit our partner GetYourGuide.

EATING OUT IN NEW YORK

Like many cities there are many choices, multi-ethnic districts in addition to grills and diners typical of the city. The options are endless. It's best to avoid tourist areas like Little Italy and Times Square if you want to enjoy the best value. Some hip areas to find great New York restaurants at budget-friendly prices are Chinatown, the East Village, and the Lower East Side.

GETTING AROUND IN NEW YORK

The main way to navigate the city is by the subway, taxis and buses are over ground options. The city is served by two airports Newark and JFK. The AirTrain JFK connects passengers directly from the city to the latter airport.

Avoid the queues for trips to Liberty Island, unless you really want to view ‘The Lady’ from up close. An alternative, from which you can admire the stunning Manhattan skyline, is to step aboard the Staten Island ferry. The five mile journey takes about 25 minutes each way and is now free of charge.