Reykjavík is the capital and largest city of Iceland. Its position makes it the world's northernmost capital of a sovereign state. At only 2 degrees south of the Arctic Circle, the city receives a maximum of four hours of daylight on the shortest day in winter; during the summer the nights are almost as bright as the days. The largest river to run through Reykjavík is the Elliðaá River, which is excellent for salmon fishing. Mt. Esja, at 914m is the highest mountain in the vicinity of Reykjavík. 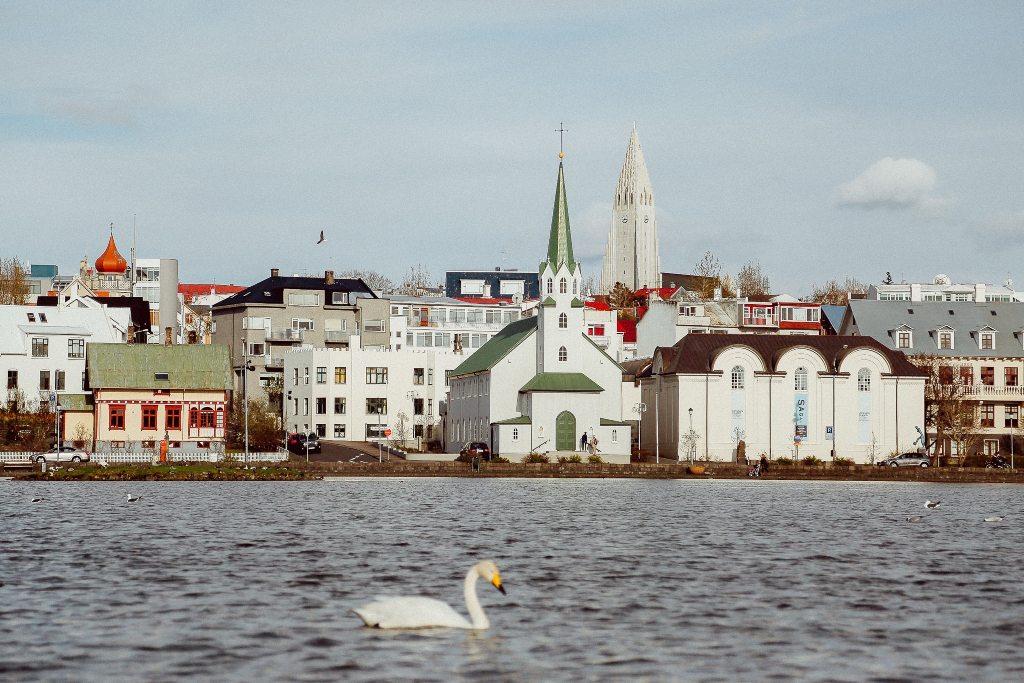 THINGS TO DO AND SEE IN REYKJAVIK

The Culture House has a number of important exhibits to promote the Icelandic national heritage and treasures.

The world-famous Blue Lagoon is only a 40-minute drive from Reykjavík, but the city has many other geothermally-heated outdoor pools for you to enjoy. There is also a geothermal beach and several indoor city spas. Most pools will allow you to hire suits and towels for a small fee.

For more travel information on what to do in see in Reykjavik, we invite you to visit our partner GetYourGuide.

EATING OUT & NIGHTLIFE IN REYKJAVIK

This city is famous for its nightlife during the weekends. Icelanders will go out late and stay out until 5 or 6am in the morning! Usually it’s about 1am during the week. Alcohol is relatively expensive and beer was banned until 1989. Most people meet for drinks at home before heading to the bars and clubs. Most of them are located on Laugavegur and its side streets.

GETTING AROUND IN REYKJAVIK

Public transportation isn’t great consisting only of a bus system called Strætó bs and is not very popular in this overly car-friendly city. The FlyBus runs, upon request, between the both hostels and Keflavik International Airport to a schedule connecting with every flight. There are no public railways in Iceland, due to its terrain, but the locomotives used to build the docks are on display.

Reykjavík Airport is located just south of the city centre. It is mainly used for domestic flights as well as flights to Greenland and the Faroe Islands. Keflavík is the International Airport. Reykjavík also has two seaports, the old harbour near the city centre which is mainly used by fishermen and cruise ships and Sundahöfn in the east city which is the largest cargo port in the country.

The arrival of the New Year is a big celebration in Reykjavík. The people of Reykjavík spend enormous sums of money on fireworks, most of which are fired as midnight approaches on December 31. As a result, every New Year's Eve the city is lit up with fireworks displays.