Rio de Janeiro is the second largest city in Brazil and an iconic city that is famous for its beaches, music, outstanding scenery and its annual carnival which lasts for 2 weeks with one of the most flamboyant parades you’re ever likely to see. The harbour of Rio de Janeiro offers a fantastic sight against the backdrop of the city’s spectacular geographic features that include Sugar Loaf Mountain, Tijuca hills and Corcovado peak. Many consider the harbour and surrounding mountains to be one of the new Seven Wonders of the World. 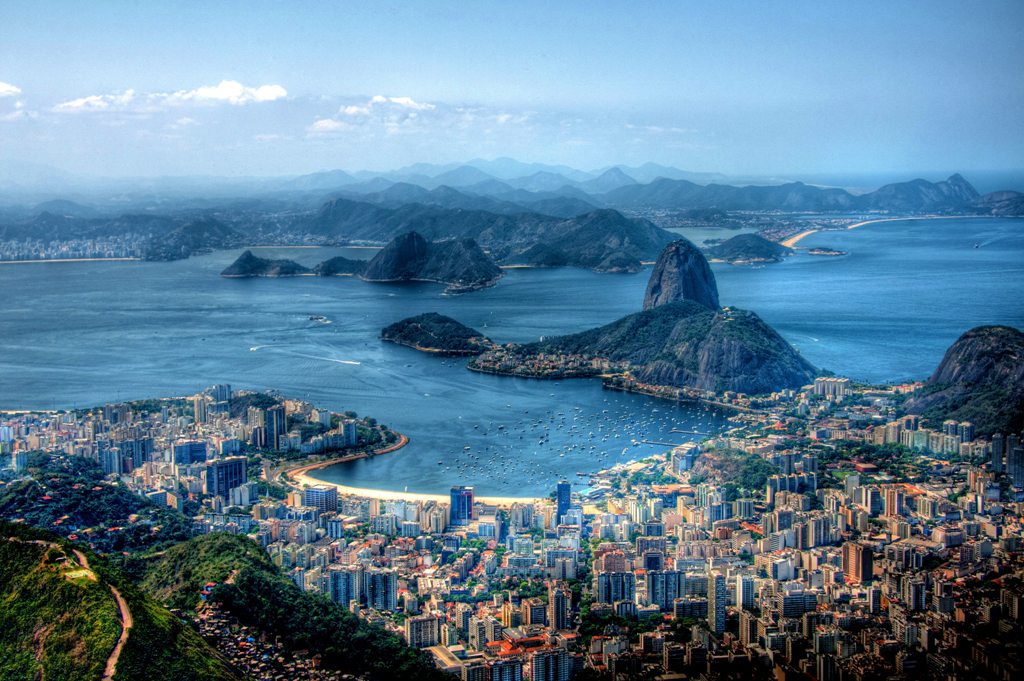 THINGS TO DO AND SEE IN RIO DE JANEIRO

For more travel information on what to do in see in Rio de Janeiro, we invite you to visit our partner GetYourGuide.

EATING OUT & NIGHTLIFE IN RIO DE JANEIRO
Rio de Janeiro offers a great selection of culinary delights and also a great way of paying for them too. A good way to experience local food is through their ‘comida a kilo’ which are buffet-style restaurants that let you pay for the weight of the food on your plate. A popular Brazilian dish is feijoada, a black bean stew with chunks of meat, typically served with a selection of side dishes that could include rice, fried pork rind, roasted manioc or orange slices.
GETTING AROUND IN RIO DE JANEIRO
Buses in Rio de Janeiro are the cheapest way of getting around the city, although it can be a little confusing finding your way around the first time, so it is worth asking the hostel reception for the best route. The subway also offers a convenient mode of transport, but Rio taxis could be your best bet for ease of use, and they’re reasonably priced too. Just look out for the yellow cabs with a blue strip down the sides, which are the legal ones.