Cuba has always been a hugely popular destination for travellers because of its wonderful culture, music, food, historical buildings, cars, cigars … the list is endless and one of the most visited cities is its capital Havana. The Havana experience will be memorable and you’ll find it on every street, every beach and with every person you meet. 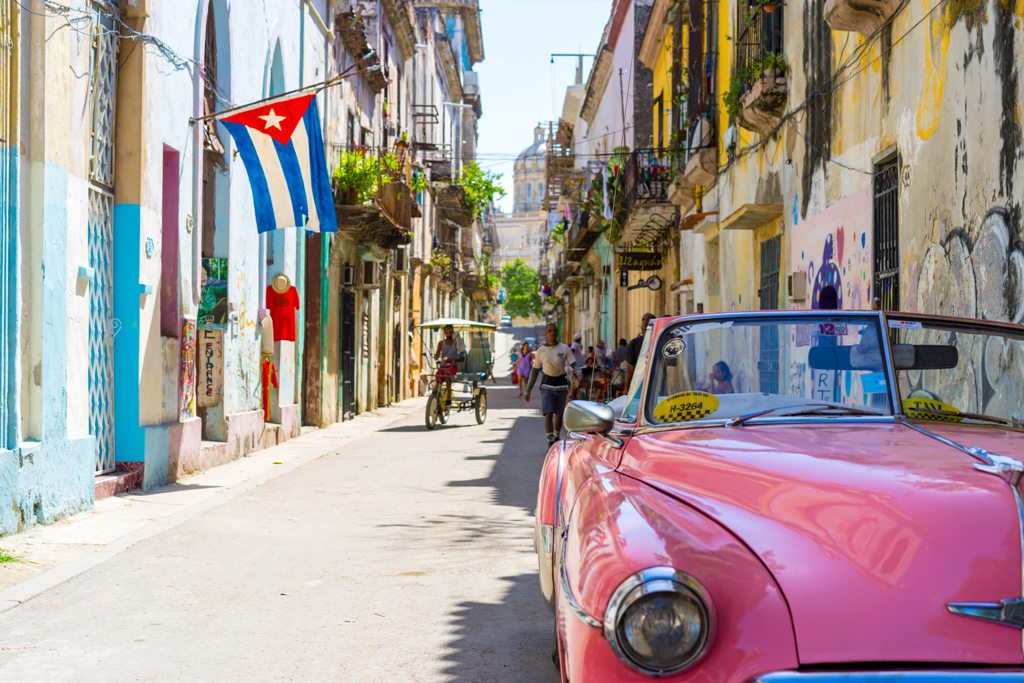 THINGS TO DO AND SEE IN HAVANA

EATING OUT & NIGHTLIFE IN HAVANA

There is good choice of eating establishments in Havana from small peso stalls scattered throughout the city selling cheap tasty snacks to many restaurants offering a variety of dishes and reasonably valued ‘meal of the day’ options. Havana has a good choice of drinking establishments and its worth taking a wander off the beaten track for a local neighbourhood bar that suites your taste.

GETTING AROUND IN HAVANA

Walking is a great way to discover Havana. Just grab a map from the hostel or ask for directions for where you want to go and discover this wonderful city at your leisure. Another option is by bike and it is even possible to find a guided cycle route from Havana to Santiago de Cuba. Finally taxis can be an experience in itself and if you’re a fan, look out for a 1950s American Chevy.